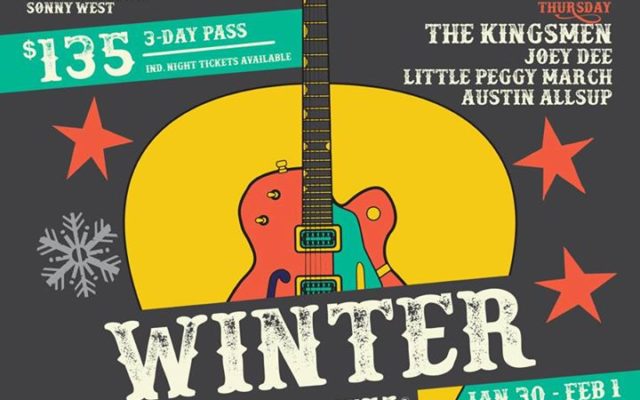 CLEAR LAKE — Thousands of people are converging on Clear Lake for the Winter Dance Party at the Surf Ballroom starting tonight. The three-day event is a celebration of the lives of Buddy Holly, Ritchie Valens, and “The Big Bopper” J. P. Richardson, who died along with pilot Roger Peterson in a plane crash near Clear Lake after the three had performed at the Surf Ballroom on February 2nd, 1959.

Surf Ballroom director Laurie Lietz says it’s incredible to see the number of people come to Clear Lake every winter for the event.  “There’s about 36 or 40 different states represented and also four foreign countries. The delegation that comes from overseas, this is the place that they come to take their vacation. It really just resonates with us this is an important event to them and it’s just so much fun too, they’ve created a ‘February family’ I think they call themselves. For a lot of people, it’s a place to come and just enjoy the music and enjoy the friendship that they created over the years.”

Tonight’s concert features the 60s garage-rock band The Kingsmen, whose big hit was “Louie Louie”; as well as Joey Dee; Little Peggy March; and Austin Allsup, the son of the late Tommy Allsup, the last surviving member of Holly’s Crickets from the Winter Dance Party. Friday night features two performers from doo-wop group Sha Na Na as part of the event’s traditional sock hop.  “We’ve got Bowzer’s Rock and Doo-Wop Sock Hop featuring Bowzer and the Stingrays. they’re a fabulous group along with Rocky and the Rollers. We’ve got Johnny Contardo, who was also with Sha Na Na as Bowzer was, and original Comet  Joey Ambrose, so a great Friday night.”

Lietz says they’ve recently been turning the corner on their Saturday night concerts to highlight some artists that have been influenced by Holly, Valens and the Bopper.  “This year’s Three Stars Memorial Concert is featuring Marty Stuart and his Fabulous Superlatives. He is a rockabilly artist, and before it was rock and roll, it was rockabilly, so really kind of ties into the history of the music itself and kind of how it all started. Big Sandy and His Fly-Rite Boys are also going to be performing on Saturday evening, as are Albert Lee and Headcat 13, along with some special appearances by Narvel Felts, Linda Gail Lewis, and Sonny West.”

Lietz says Sonny West has direct connections to Buddy Holly’s career.  “He goes way back in the lineage of the rock and roll music and he wrote Oh Boy and Rave On for Buddy Holly. So he knew Buddy Holly, and he is thrilled. He reached out to us via Facebook and wanted to be part of the event once again, so we’re thrilled to have him come back and be a part of Saturday evening’s show.”

Tickets to each night’s concert are available this year or people can still purchase a three-day pass. For more information head to winterdanceparty.surfballroom.com