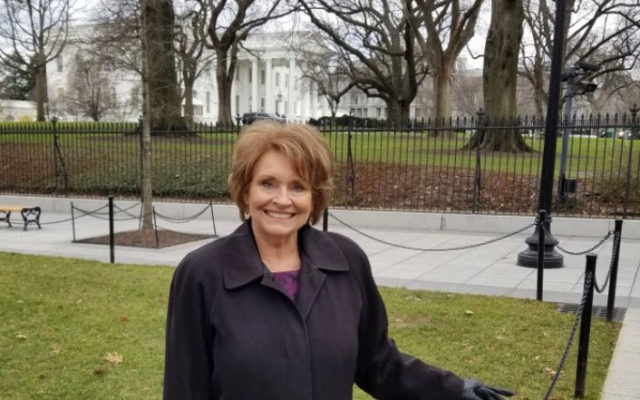 Both of Iowa’s U.S. Senators, Iowa’s secretary of agriculture and the first woman to serve as speaker of the Iowa House attended today’s ceremonial signing of the U.S.-Mexico-Canada Agreement.

State Representative Linda Upmeyer, a Republican from Clear Lake, said it was important to modernize and re-balance the North American Free Trade Agreement.

“There were things in there that just didn’t work the way, perhaps, they did when it was originally written,” Upmeyer said during an interview with Radio Iowa. “Certainly things have changed in the world.”

The USMCA’s impact in Iowa exporters will be significant, according to Upmeyer.

“Certainly it’s not only ag products, although we do about $6.6 billion worth of trade with Mexico and Canada and they’re out biggest trading partners, but it’s ag products, it’s machinery, it’s ethanol, it’s processed foods,” Upmeyer said. “They buy a lot of transportation equipment from us.”

Upmeyer stepped down as House Speaker earlier this month and, since there were no votes in the House this week, she made the trip. Upmeyer was at the White House yesterday, too, for President Trump’s meeting with Israel’s prime minister and the unveiling of a Middle East peace plan.

“Any time you can see two of the world leaders talking about peace in the East Room of the White House, that’s kind of a special event,” Upmeyer said.

Upmeyer said she’s no foreign policy expert, but she said the Trump Administration “worked hard on a laudable goal” to resolve the Israeli-Palestinian conflict. Upmeyer said she hopes for more opportunities to represent the people of Iowa at significant events outside of the state in her last year in the legislature.

“These are just moments in history, in my opinion,” Upmeyer said. “…I absolutely enjoy representing Iowa anywhere I have that opportunity.”

Upmeyer, who is a Certified Nurse Practitioner, was first elected to the Iowa House in 2002 and announced in October she would not seek reelection in 2020.