JOHNSTON — The Iowa National Guard has unveiled an updated logo that features red, white, and blue colors with a “Minute Man” in the middle.

Guard spokesman, Colonel Michael Wunn says the new logo comes as Major General Ben Corell takes over command of the organization. “The old logo served us well — and with new leadership comes new opportunities to make some updates — and General Corell asked us to look at updating our Iowa National Guard logo. So, we went through a process to do that.”

He says an Ankeny soldier with the 135th Mobile Public Affairs Detachment, Sergeant Katharine Silent Water, has some graphic design experience and did the work in coming up with the new logo’s graphic elements.

The logo features the American flag inside the outline of the state of Iowa. “It reflects our dedication and our service to both our state and nation,” according to Wunn. And he says the Minute Man figure in the middle also reflects the tradition of the citizen soldier. 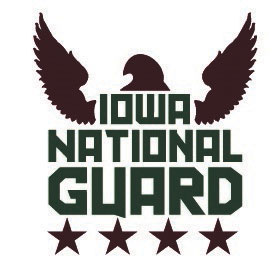 “The Minute Man that is prominent within the design reminds us of our roots and that charge that we have to always be ready,” Wunn says. “Going back to the Minute Man concept during the pre-Revolutionary War times during the colonial times.”

The governor selected Corell, a Manchester native, to become the Adjutant General of the Iowa National Guard back in August. There are approximately 8,500 soldiers serving the in the Iowa Army and Air National Guard.