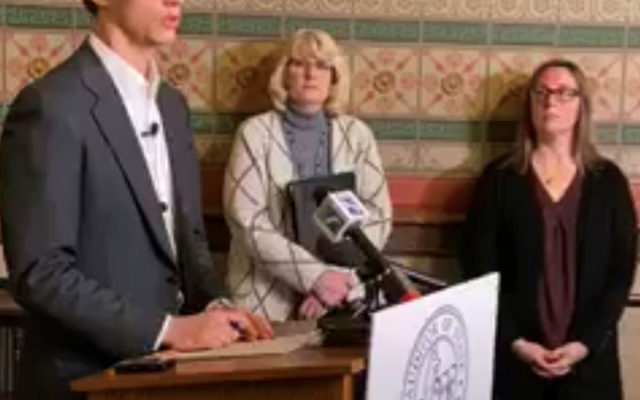 DES MOINES — State Auditor Rob Sand has released an audit of the data surrounding home health care services provided to Iowa Medicaid recipients. During a news conference in his statehouse office, Sand said the review that stretches back to May of 2018 repeatedly found “incomplete and incorrect” information.

“Obviously, you can’t analyze data if data is not reliable and so If you don’t have good data analysis, then you’re going to have a very hard time measuring quality of care as well as stopping fraud,” Sand said.

Sand, a Democrat who has been state auditor for the past year, says staff in the state auditor’s office ran into resistance when asking Iowa Medicaid managers for information even when Republican Mary Mosiman was state auditor in 2018.

“Long story short, the finding in this audit is we do not have reliable data,” Sand said. “Data are missing. Data are incomplete and incorrect.”

The audit Sand released today is solely focused on services Iowa Medicaid patients are provided in their private homes, for instance, nurses visiting elderly Iowans. Sand said his office has “multiple audits open” on other parts of Medicaid. And Sand notes he has the power to subpoena state officials and compel them to release data.

“We were probably more patient in this audit than we will be in future audits,” Sand told reporters this morning.

Department of Human Services staff are in charge of the Iowa Medicaid program. A department spokesman released a written statement, saying the agency’s staff was “very detailed and meticulous in accommodating” the auditors’ request for data over the past 14 months and is striving to improve communication, transparency and collaboration.

A spokesman for Iowa’s Republican governor issued a statement as well.

Both statements from the executive branch refer to a 14-month time frame. The auditor’s report cites requests for data that date back 20 months.