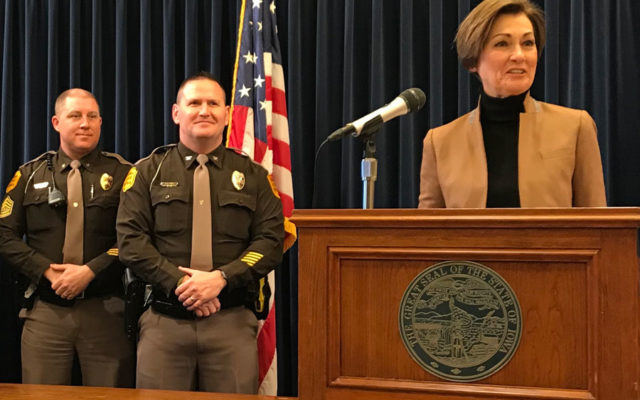 “This is the next step that we can take in really being prepared and making sure that we’re training, reporting and investigating in a proper manner,” she says, “to do everything that we can to keep our kids safe.”

Reynolds proposes hiring two staff members who can train teachers and school administrators as well as local law enforcement who’d respond if there is an incident at an Iowa school.

“News headlines about school shootings and threats at unsuspecting communities across America are becoming all too common,” Reynolds says, “and although those headlines don’t often involve schools in Iowa, we can’t wait until they do to act.”

Officials are reviewing apps and other tools — so students may anonymously report concerns and threatening behavior. Iowa Department of Public Safety Commissioner Stephan Bayens says the goal is to flag concerns early, “so we do not have someone that blossoms into a school shooter. 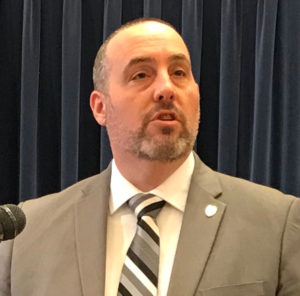 “We want to look at things such as self-harm or other concerns (like) depression and identify those troubling behaviors or those concerning behaviors early and get them the help they need,” he says.

According to Bayens, 13 other states have “app-based” reporting systems for students.

“Unfortunately almost every state that has implemented one has done it on the heels of a tragedy and so one of the things that we really wanted to focus on is to be proactive and not wait for a tragedy to occur,” Bayens says.

Bayens says two or three troubling incidents have been averted in Iowa because someone came forward and reported a school safety concern.

“We live in a time where we can no longer simply assume that our schools remain kind of the safe havens of our children,” Bayens says. “Unfortunately those times have changed and we must change with them.”

Bayens cites a case in early December that prompted Starmont administrators to delay the start of school by two hours after a teenager posted a potential threat on social media. Reynolds says all Iowa schools have developed school safety plans after a 2018 state law required it, but the governor says state officials do not know how many schools now have the ability to immediately lock-down all buildings if there is a threat. Lawmakers have given schools more authority to spend money on security measures.