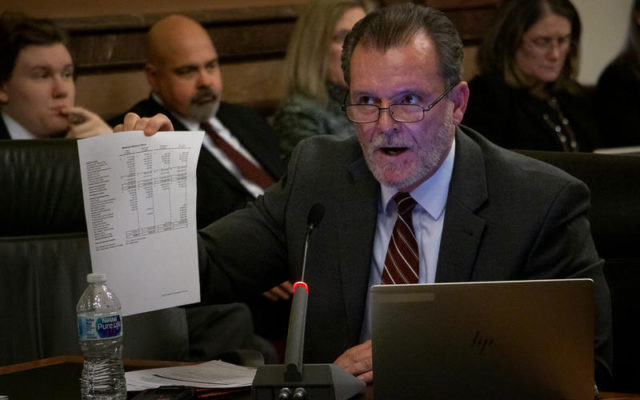 DES MOINES — The CEO of a Medicaid management company the state of Iowa is penalizing for payment issues says he is “committed to doing better.”

The state announced earlier this month that it’s withholding $44 million from Iowa Total Care because it didn’t pay thousands of claims from health care providers.  Iowa Total Care CEO Mitch Wasden told lawmakers Tuesday the company discovered the problem in October, just three months after it started up in the state. And he acknowledges that it’s been difficult for health care providers.

“It is absolutely true-this should’ve gone better, and this should not have had as many problems as we had,” Wasden says. The state plans to release the funding to the company if it fixes everything by the end of February. State Senator Joe Bolkcom is a Democrat from Iowa City. He says it’s “astounding” this happened, especially with Iowa Total Care’s parent company having experience with managing Medicaid in several states.

“Is there going to be a fine involved here? I mean what cost do they have here for coming in here and not having a system in place that works for us?,” Bolkcom asked.