MASON CITY — While most of the news surrounding the new multi-purpose center in downtown Mason City has dealt specifically with the opening of the arena, another milestone was reached today. The city’s Parks & Recreation Department opened their new office in the same wing of Southbridge Mall where the arena is located.

Recreation Superintendent Brian Pauly says it’s nice for the department to finally have a permanent home after decades of being moved around different places throughout the city.  “Even before my time, we took abandoned schools, abandoned buildings, there are stories of the Rec Department actually being able to communicate in a two-story building because there’s holes in the floor. For us to actually hunker down in a permanent location for the next 40 years is outstanding, and to be part of the actual Renaissance project and the big movement of downtown is even greater to be part of this positive momentum that’s continuing to happen with the mall.”

Pauly says having three program rooms solely designated for activities in the new office will continue the positive momentum of the department.  “The real nice thing is that we actually have designated programming rooms and meeting rooms. In the past, we’ve been kind of limited. If we run our summer camp program out of our office, which we have quite a bit for the last I think eight years, it kind of handcuffs us. If we want to run our child care program but then also do like a STEM camp with 4-H or Iowa State Extension or whatever, we can do it. If we want to hold a coaches meeting and a park board meeting on the same night in our office, we can actually do that, the other places, we would have no capability of doing that.”

Pauly says having the office in a visible spot right outside the mall-side entrance to the arena is a big thing.  “People are  walking past us every time they come in through the mall entrance to the arena. Word of mouth and foot traffic is the best marketing you can even have, so just having a 2000-seat arena right next to us, and it can seat up to 4200 for concerts, we’re going to be seeing those people.”

Pauly says it’s been great to solidify some partnerships in the community with the move next to the arena.  “We do a lot of community outreach and partnerships through our department, and just being connected with the arena has actually strengthened even more partnerships with this move, with our local businesses from Pretzelmaker and The Sports Page, all the way to getting strong ties with the North Iowa Bulls, the Figure Skaters and Mason City Youth Hockey.”

Over the last three decades, the Parks & Recreation office has been several locations, including the old Garfield Elementary school site, Mohawk Square, the former Washington Elementary school building, and most recently next to the Mason City Senior Center in the 300 block of 4th Northeast. 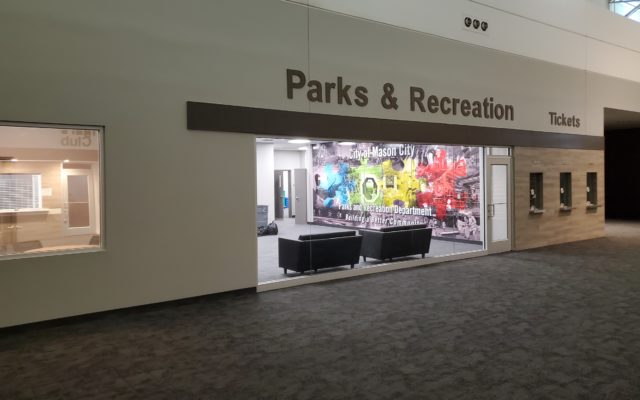 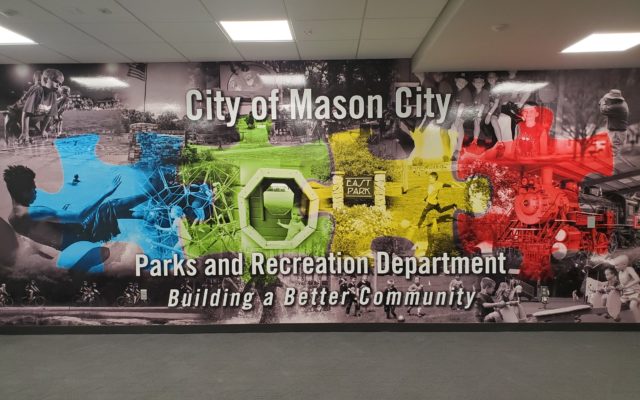 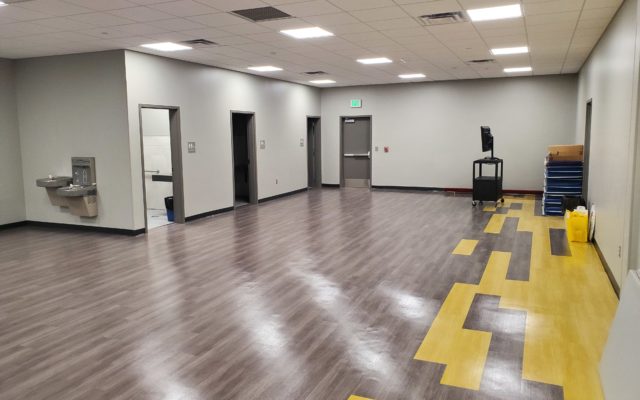 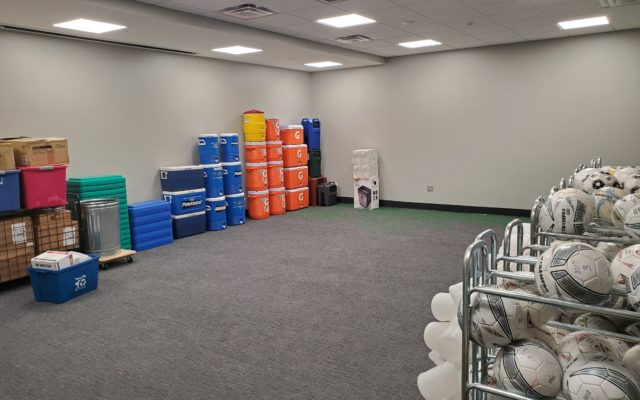