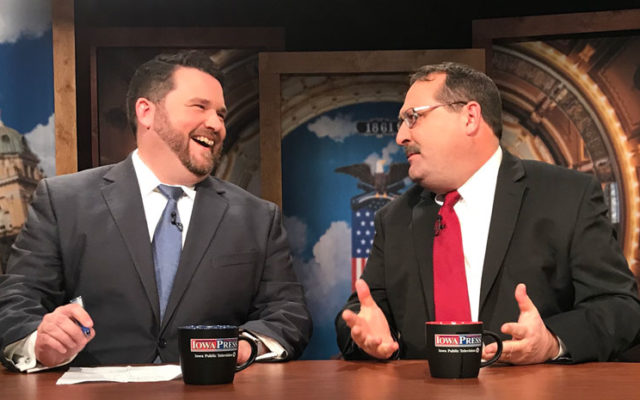 Iowa GOP chairman Jeff Kaufman says Iowa’s Caucuses give candidates a fair shot that they wouldn’t have if the process started elsewhere.

“If you really believe that anybody in this country can someday be president, you have to start in a place like Iowa,” Kaufmann says. “…You start them in California or Texas or New York, where some of the criticism is coming from, then you have just blow out of the water something far, far more important.”

Former San Antonio Mayor Julian Castro ended his bid for the Democratic presidential nomination two weeks ago, but he spent the last month of his campaign calling for more diverse states to lead-off the voting in 2024.

“This criticism that we’re hearing are either from failed candidates who don’t want to look in the mirror and ask themselves why didn’t connect with Iowa voters or they didn’t spend enough time here,” Kaufmann says.

“What happens is on Caucus Night, people see what happens,” Price says. “…The reason why this Caucus process stays first is because we provide a fair and level playing field for people to come and make their case to Iowans.”

Price says presidential candidates are stronger and sharper after hitting the campaign trail in Iowa and answering questions from voters.

“Starting in a state like Iowa, they’re able to better talk to folks in the upper Midwest,” Price says. “What we saw in 2016 is the upper Midwest is very much a swing area of this country and so Iowa prepares them for that.”

“We reflect our in our values here and our choices,” Kaufmann says. “Barack Obama and Ted Cruz — I rest my case.”

Kaufmann and Price made their comment during the “Iowa Press” program which aired over the weekend on Iowa PBS.