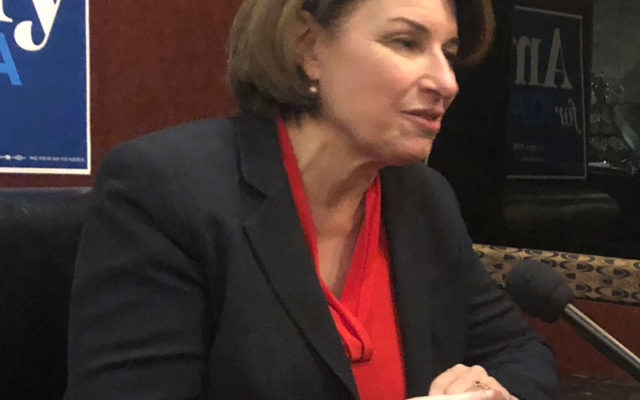 DES MOINES — Minnesota Senator Amy Klobuchar says she has no interest in a Caucus Night alliance with another presidential hopeful. Andrew Yang has said his staff has been approached about encouraging his supporters to align with another candidate if the delegate math inside a precinct isn’t in Yang’s favor.

On Sunday, during an interview with Radio Iowa, Klobuchar said the idea has no appeal to her.

“We have no secret plans. From the very beginning, I think we’ve been a very transparent campaign,” Klobuchar said. “We haven’t been going after other people. We all have policy differences on the debate stage and other ways that are right out there. We haven’t been backstabbing people or doing ‘oppo’ things on them and I think, in the end, that’s what the people of Iowa want.”

Just before Iowa’s 2004 Caucuses, candidates John Edwards and Dennis Kucinich announced they’d reached a deal. It encouraged Kucinich supporters to back Edwards — and Edwards backers to support Kucinich — if their group in a precinct fell short of the minimum required to win delegates.

“I’m not doing a deal with Dennis Kucinich,” Klobuchar said, laughing, when asked about such an alliance for the 2020 Iowa Caucuses. “I just want to make that clear.”