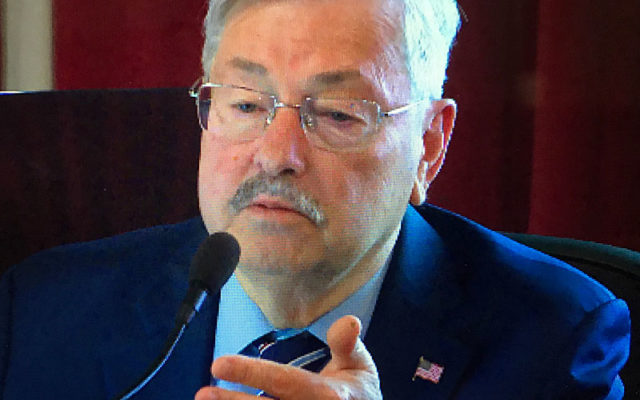 DES MOINES, Iowa (AP) – Lawyers who represented a former state official found to have been discriminated against by former Gov. Terry Branstad should be paid $3.1 million for their work on the case.

Judge Brad McCall said the attorneys earned significant fees for their work. They successfully represented former Iowa Workers’ Compensation Commissioner Chris Godfrey at trial and won him a $1.5 million verdict against Branstad, a staffer and the state.

Attorneys Roxanne Conlin and Paige Fiedler sought $3.5 million but McCall adjusted the final amount to nearly $3.1 million in his order signed and posted with the online court system on Friday.

Branstad, now U.S. ambassador to China, was found to have discriminated and retaliated against Godfrey in 2011 because he’s gay.

So far Iowa has paid private lawyers hired by Branstad about $2.9 million to represent him.

If Godfrey prevails on appeal, taxpayers must pay the total costs including the $1.5 million verdict to Godfrey and both sides’ attorney fees of about $6 million.