AMES — Research finds certain generations of women are drinking more alcohol than they used to, almost as much as men, and an Iowa State University study is trying to determine the reasons behind the trend.

A range of factors may be behind the shift, she says, including how many types of alcohol target women, like flavored vodkas, and wines with names like “Mad Housewife.” “Stress and balancing work and home responsibilities is playing a big role,” Stewart says. “Women kind of think of drinking as ‘me time,’ and there’s also more women moving into professional fields — like sales and business — where alcohol is part of the culture.”

One element of the ISU study focused on so-called empty nesters and showed significant shifts in alcohol use before and after the last child left home. The report found 26% of women who were moderate drinkers while their children were home became heavy drinkers after they left. 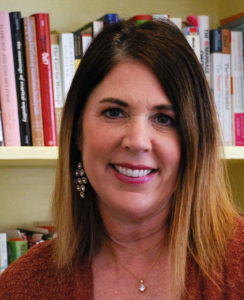 “Data suggests that the increases are happening mostly among middle, mid-life and older women,” Stewart says. “Younger generations, Gen Z and Millennials, actually drink less than previous generations did at their age.” Some women are starting to recognize, Stewart says, that they themselves or their friends might be drinking at dangerous levels.

“We’re seeing more women rejecting those kind of funny memes you see across your Facebook feed where it shows a glass that holds an entire bottle of wine so you can simply say ‘I had one glass,’” Stewart says. “We’re seeing the emergence of sober bars.”

No amount of alcohol is safe, Stewart says, as it has a range of detrimental health effects, including an increased risk for breast cancer, liver disease and other ailments. After decades of stable or increasing life expectancies for women, she says those figures are starting to drop, in part due to alcohol. Also, women are often the main caretakers — for children and for aging parents — so women’s alcohol use can have a lasting effect on the family.

Reynolds close to filling vacancies so public health board can operate