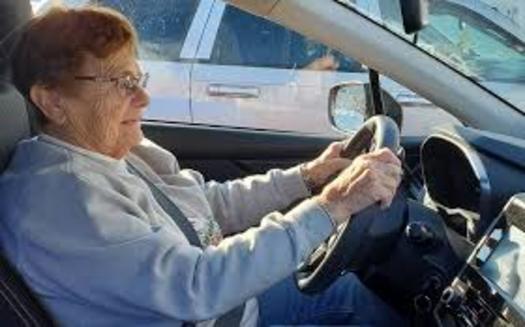 DES MOINES, Iowa — As the new year takes shape, automakers continue work on getting self-driving cars to the masses. Industry experts say seniors especially could benefit from these vehicles — but a lot of technology can be used now.

Terry Murrin, who directs driver-safety programs for AARP Iowa, said older adults can become a little more reluctant to drive, especially at night. but some tools can allow them to get behind the wheel and be just as mobile as younger drivers — such as newer, sophisticated lighting systems.

“We used to call those ‘headlights and taillights’ — now they’re ‘systems’,” he said, “and those lighting systems that we can acquire on our vehicles will make an enormous difference in how well we see when we’re driving under low-light conditions.”

Sensors that warn of a potential crash or veering from traffic lanes also are viewed as helpful tools. Murrin said more of this technology is needed for the aging population. According to AAA, 70 million Americans will be age 65 or older by 2030, and 85% to 90% of them will be licensed to drive.

Murrin said a lot of newer cars have some of this technology already built in — although he noted that drivers of all ages don’t use it as much as they should.

“A drowsy-driver kind of warning might get turned off simply because it’s annoying,” he said, “but for someone who is truly drowsy, it could be a lifesaver.”

Murrin said that’s why it’s important for older drivers to learn more about these features and how to use them. AARP offers smart-driver classes throughout the state. Information about class times and locations is available on the group’s website.

AAA data is online at seniordriving.aaa.com.