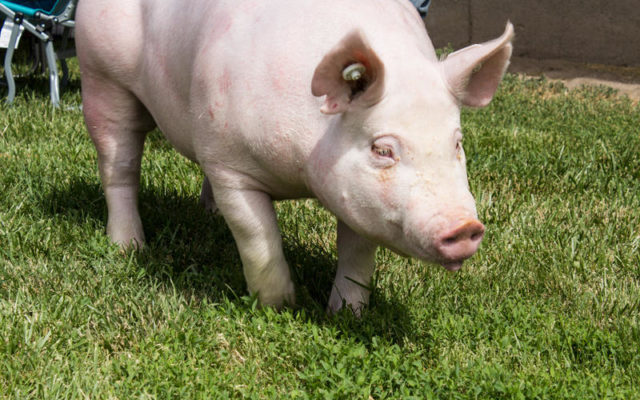 LAS VEGAS — A plant-based product called Impossible Pork debuted at a trade show in Las Vegas this week, and officials with the Iowa Pork Producers Association are considering any potential threats.

Iowa is the nation’s leading pork producer and the industry contributes $7.5 billion to the state’s economy each year. Hoppes says the association wants to make certain hog farmers — and their products — are treated fairly in the marketplace. Hoppes says, “We want to make sure consumers enjoy the great flavor of pork and enjoy all of the nutritional values and benefits you get from eating the real meat, eating pork.”

“We don’t stand in front of and oppose choices and options for consumers but we hope consumers will stay with the real thing,” Hoppes says. Some consumers will sample the lab-grown cuisine, while others will avoid these products, referring to them as Frankenfoods.

While they’re billed as completely safe, Hoppes says she has some concern for the health of consumers who eat Impossible Pork. “That’s something else that the pork industry is looking at, is wanting to make sure that all of these products are looked at, that the food inspection service also is looking very closely at all of them, making sure that they’re safe and that what they say in their marketing of these products is valid and truthful.”