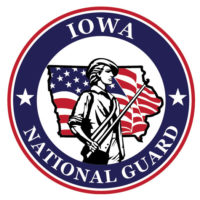 JOHNSTON — The first group of what is anticipated to be more than 2,000 Iowa National Guard soldiers activated for federal duty have been notified.

Iowa National Guard spokesman, Colonel Mike Wunn, says this group has a long history of service. “The 133 Ironman Battalion as we refer to it — it has a very storied legacy in the Iowan National Guard. It’s a northeast Iowa battalion — and they are going to deploy with soldiers from seven different Iowa communities,” Wunn says.

The soldiers come from armories in Charles City, Davenport, Dubuque, Iowa City, Iowa Falls, Oelwein and Waterloo.  “They’ll have about 550 soldiers who will be on the deployment. And they are headed to the Middle East in what is referred to as Operation Spartan Shield,” Wunn explains. Their area of operation involves 27 countries — including Afghanistan, Iraq, Kuwait, Qatar, Saudi Arabia, United Arab Emirates, and others.

Wunn says they’ll have a couple of specific duties during what is expected to be a year-long deployment. “Area security and force protection types of missions. And of course they do have a number of different military operational specialties that support that battalion,” according to Wunn. “The majority of them, of course, are infantry soldiers — 11-Bravo’s — as they are referred to.”

The battalion is currently working to schedule send-off ceremonies for the end of May. Wunn says they will have an event next week to meet with organizations that will support the soldiers and their families while they are deployed. “In Waterloo, they are going to be working with several different community organizations to build a support framework for the soldiers and the families as they get ready to deploy,” he says, “so they have activities like that that are coming up. And then of course now they are in stages of planning their sendoff ceremonies and their transportation to their mobilization station.”

The soldiers will leave in May Fort Bliss, Texas, to complete its final training and readiness checks before deploying overseas. Wunn says the deployment sometimes involves taking the equipment they use in Iowa with them. “It really depends on the mission and what the mission requires for them to take. So, they’ll be taking a lot of equipment with them. They may fall in on that’s already in place form the unit that they are replacing,” Wunn says.

Iowa National Guard Adjutant General Ben Correll announced the deployment of more than two-thousand soldiers would be coming during his Condition of the Guard address on January 16th. “This is really the first significant piece of that group that are being announce,” Wunn says. “And as the deployment orders get finalized then we’ll release the additional information about the other units that will be deploying. And we’ll expect to have that coming up in the next week or so.”

This is the fifth federal mobilization for the Ironman Battalion since 2000, including a nearly 22-month mobilization in support of Operation Iraqi Freedom from September 2005 through August 2007. The battalion’s most recent deployment was to Afghanistan in 2010.