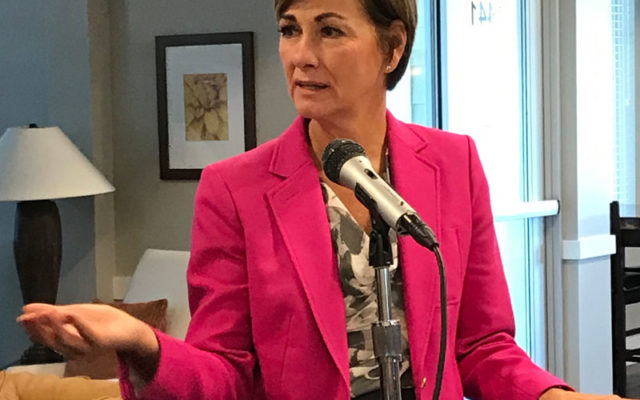 DES MOINES — A spokesman for Governor Kim Reynolds says the backlog of applications from felons seeking restoration of their voting rights has been cleared. Reynolds announced earlier this month that she was working with her staff as well as staff in two state agencies to review dozens of applications. This past Tuesday, Reynolds had reviewed 300 and had another 100 to go.

This afternoon, the governor’s spokesman announced all the pending applications had been reviewed. It means about 400 more Iowans now have the ability to participate in Monday night’s Caucuses.

Iowa is now the only state that requires paroled felons to apply to the governor for restoration of their voting rights. A year ago, Reynolds asked legislators to set the wheels in motion so Iowa’s constitution can be changed so voting rights are automatically restored. It’s part of what she calls her “second chance” agenda. Reynolds sometimes calls the people who’ve applied to have their voting rights restored and she’s talked publicly about those conversations.

“The stories continue to just be really inspiring,” Reynolds said this past Tuesday.

Reynolds told reporters she a young woman whose voting rights were restored this month sent her a thank you note after the two spoke by phone. “It’s always kind of the same theme,” Reynolds said of the notes she gets from paroled felons who tell the governor they’re working hard to turn their lives around.