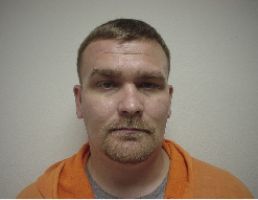 KLEMME — A Goodell man is in custody after being arrested after an incident at a Klemme convenience store.

Charges are pending in Hancock County, while the Hancock County Sheriff’s Department says Hambly had outstanding arrest warrants in Polk County for theft and burglary.

The Klemme Townmart was closed on Sunday but a social media post says they will be open for business as usual this morning.