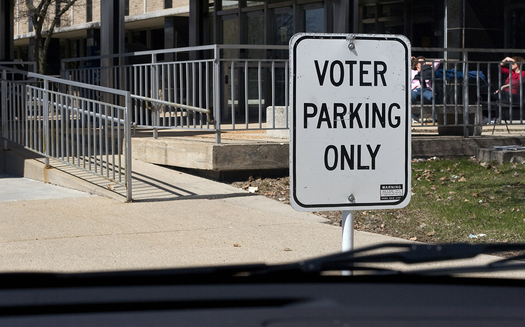 DES MOINES, Iowa – In just over a month, Iowans will get their say in the presidential nominating process.

As the caucuses draw closer, two groups are working to make sure residents with disabilities have a voice.

Voter turnout rates indicate that Iowans with disabilities are under-represented by as much as 8% when compared to other voters.

“Given the complexities of Iowa’s caucuses and the unfamiliarity that many people have with those processes, that that gap widens when we talk about caucuses,” he states.

The council, along with the group Iowans with Disabilities in Action, recently hosted a webinar where people could learn more about how the caucuses work and where they can find resources. That webinar is archived at the website idaction.org

Shannon says a comprehensive guide also has been issued as part of the outreach effort.

More than 300,000 Iowa residents live with disabilities, and Shannon says getting more of them to participate in the election process will give them stronger input in policy matters.

He adds the council hopes voters with disabilities don’t run into accessibility issues, like they did in 2016.

“There were caucus sites that were simply not accessible to people with disabilities, particularly those who had disabilities that limited their mobility,” he relates.

Shannon says there also were issues with congestion inside some of the sites, making it hard for people who needed to sit while they waited to vote, and voters with hearing challenges had a hard time absorbing some of the information.

He says leaders from both political parties appear more receptive to correcting those issues in 2020.