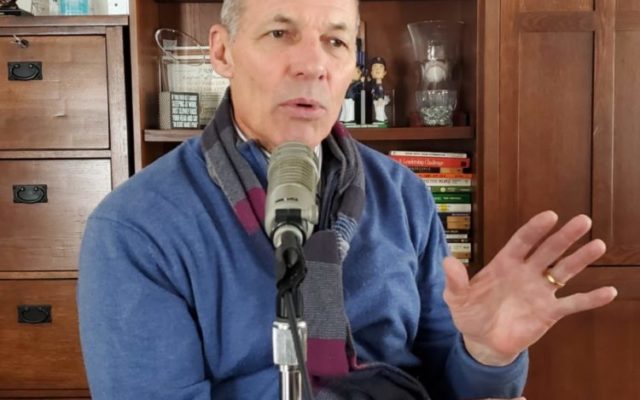 One of the four Democrats vying for the opportunity to face Joni Ernst in Iowa’s 2020 US Senate election stopped in north-central Iowa over the weekend. Michael Franken grew up in rural northwestern Iowa and is a retired US Navy Vice Admiral who served as a former aide to late US Senator Ted Kennedy.

Franken says he’s the best choice to serve all Iowans as he’s never forgotten his rural Iowa values.  “I’ve worn those proudly through the years, and anybody who knows me definitely knows I’m from Iowa and that I have a proclivity to all things Iowa. I think that separates myself. I’m not the person from Polk County, I stayed rural. My hometown is Lebanon Iowa, 54 people. I’m a science guy unlike everybody else. I’ve got a lot of Washington DC experience, which means I know how to get things done. And I would like to see the face of cities such as Mason City and Sioux City and Decorah and Davenport and Iowa City and Cedar Rapids.”

Franken says Americans shouldn’t be pleased with the way the White House is handling the current situation with Iran.  “ I’ve held the Iranian plan numerous times in my career, including a time as the policy strategy chief at US Central Command, so I know how this kind of goes or how it’s simulated and how the war games go. We should not as a nation be happy about this, we should be introspective, and we should expect that there will be retribution. Although the Iranians are not Arabs obviously, but an Arab expression comes to mind that ‘vengeance is a soup best served cold’, so this may go for some time.”

Franken says things are “off kilter” when it comes to foreign relations.   “We have wild swings which, just like in the business community, you don’t want the unknown, and in international affairs and diplomacy, you want somebody with it an even hand on the tiller. You want to maintain course and speed and make your changes well known. Surprises are not appreciated, and we’ve certainly vacillated more than is necessary, and people are questioning how steady our hand is.”

Three others from Des Moines have declared their candidacy in the Democratic primary: lawyer Kimberly Graham, businesswoman Theresa Greenfield, and businessman Eddie Mauro. Greenfield and Mauro had unsuccessful bids running for Iowa’s Third District US House seat in 2018, while Graham has never ran for elected office.

You can hear our full interview with Franken by clicking on the audio player below.