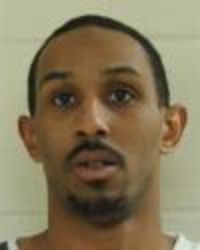 MASON CITY — Federal charges have now been filed against a St. Paul Minnesota man accused of illegally possessing a shotgun.

Back on December 6th, the Cerro Gordo County Sheriff’s Department stopped a vehicle in the 900 block of North Adams, where a deputy saw a sawed-off shotgun in the back seat. One of the two men in the vehicle, 31-year-old Marcus Jones, fled from the scene on foot, and while exiting, a loaded .45 caliber handgun fell onto the ground.

The same deputy located Jones in the 1400 block of North Rhode Island at about 2:50 AM on December 12th. When the deputy approached, Jones again fled on foot, but was apprehended a short time later hiding inside of a garage. A search warrant for Jones’ vehicle allegedly resulted in finding a large quantity of methamphetamine and a loaded .25 caliber handgun.

Jones was facing state-level weapons charges but those have now been dismissed after he was indicted in federal court on the charges of possession of methamphetamine with the intent to deliver and possession of a firearm in furtherance of a drug trafficking crime.

His trial in US District Court is scheduled to start on March 2nd.