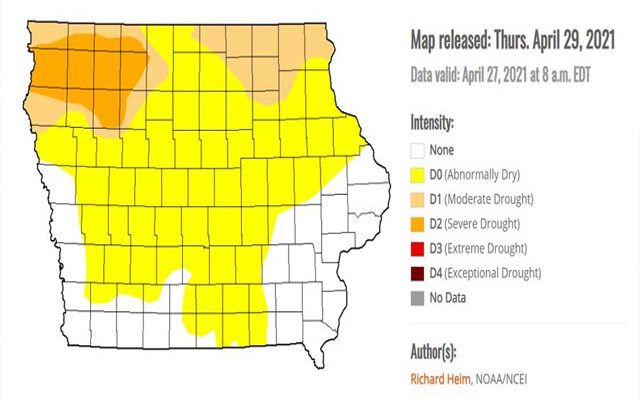 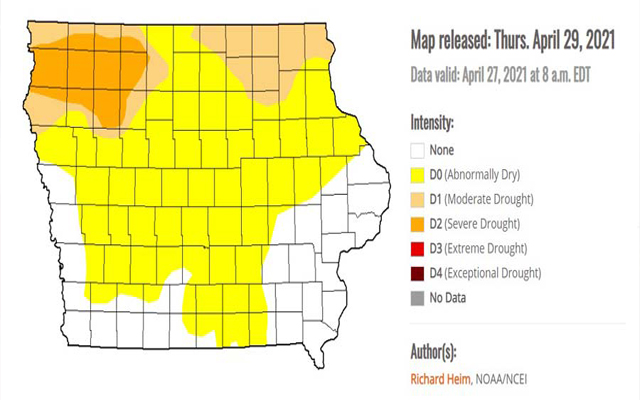 This weekend’s showers dumped up to seven inches of rain on parts of Iowa, while many areas stayed dry, but even with the scattered downpours, drought conditions persist over wide sections of the state.

Rieck Hinz is touring parts of north-central Iowa to inspect crops and says the drought isn’t keeping insects away from the fields.

“We have some spider mites in some places, we have rootworm beetles feeding, they’ve chewed on roots, they’ve emerged and they’re out there, some more severe in some fields than others,” Rieck Hinz says, “and we do have a few leaf diseases out there.”

Soybean aphids are problematic for some growers, while soybean gall midges are being found for the first time this season in three more counties: Kossuth, Humboldt and Webster. Rieck Hinz says a few crop diseases are thriving in the heat.

A new report is expected later this morning from the U-S Drought Monitor. Last week’s map shows more than 60 of the state’s 99 counties in some form of drought, with 13 northwest Iowa counties in either severe or extreme drought conditions.