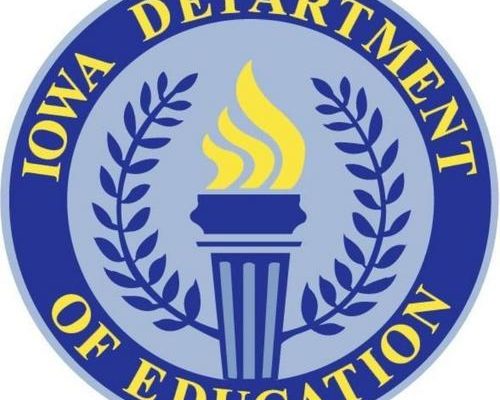 DES MOINES — The Iowa Department of Education has released the latest version of a school report card that ranks each school based on a series of criteria. Spokesperson Staci Hupp says it’s part of an annual requirement.

“It was a tool designed to meet the federal education law called the Every Student Succeeds Act. And we updated it last year to also fold in the components of a state report card that was required under Iowa law,” Hupp says. “So, now we’ve got an online tool that meets both state and federal requirements.” Hupp says the report does single out schools that need work.
“We did have fewer overall schools identified for targeted support and improvement,” according to Hupp, “and this is because many schools that were identified based on how they performed during the 2017-18 school year improved.”

There were 148 of the 1,295 schools that were identified as needing improvement. Hupp says the overall distribution of schools by rating category changed little. The High Performing category saw the highest increase in numbers. “One of the great things about this tool is that people can really use the information to better understand how schools are performing. So, that includes parents and community members, but it also includes educators,” Hupp says. “They can use the information on what’s working well in their schools — and also areas that may need more attention.”

One new area this year is a measure of how well students are prepared for postsecondary education. “So this takes into account things like student participation in college entrance exams and scores in college entrance exams. Participation in postsecondary or advanced coursework, as well as the percentage of students who are taking a certain amount of current and technical education,” Hupp says.

Hupp says the information is available for everyone to see how their local school is doing. “Anyone can to the website –that’s iaschoolperformance.gov — to take a look at individual results of public schools, and also state level results to. Not only on these accountability measures that we talked about — but also on other data,” she says. The report found just under two percent of the schools ranked as “exceptional,” around 15% were rated “high performing,” nearly 34% rated “commendable.”