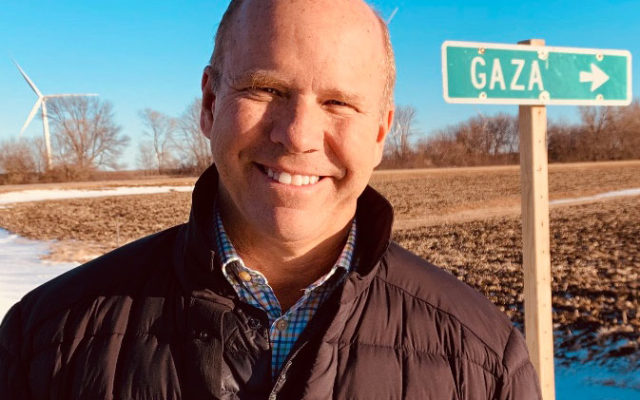 DOON — Democratic presidential candidate John Delaney embarked on a bus tour of the state this weekend, with at least 30 more stops planned this month, including a few very small Iowa towns.

“All the economic opportunities are in a couple of big cities and we need someone to really fight for these towns,” Delaney said this weekend.

Delaney, a former Maryland congressman, has been running for president since mid-2017. He told a crowd in Doon that rural America has often been ignored.

Doon had a population of fewer than 600 in the 2010 Census and is located in northwest Iowa’s Lyon County. A couple of Republicans at the restaurant in Doon challenged Delaney on the issue of abortion. Delaney replied that he supports a woman’s right to choose.