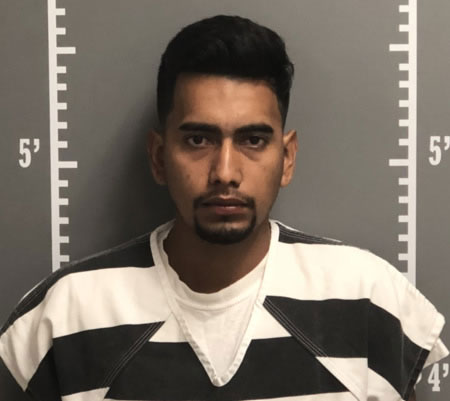 IOWA CITY, Iowa (AP) – The trial for the man charged with killing University of Iowa student Mollie Tibbetts in 2018 has been delayed.

Cristhian Bahena Rivera had been scheduled to stand trial for first-degree murder on Feb. 4 in Sioux City.

That plan became uncertain last week when Judge Joel Yates suspended the case so that the Iowa Supreme Court could decide whether to grant Rivera’s pretrial appeal of a key ruling.

Iowa Judicial Branch spokesman Steve Davis said Tuesday that the trial has been delayed and will not happen in the month of February. A new trial date will be set after the Iowa Supreme Court decides how to handle Rivera’s appeal.

State prosecutors on Monday urged the Supreme Court to refuse to hear Rivera’s appeal before the trial.

Investigators say the 25-year-old Rivera stalked Tibbetts while she was out for a run in Brooklyn, Iowa, stabbed her to death after a confrontation and dumped her body in a cornfield. They say he led them to her body after a lengthy interrogation.

Rivera’s lawyers argue that much of the evidence should be suppressed because his cooperation was coerced and he wasn’t initially read his legal rights. Yates ruled that his statements were voluntary and key evidence is admissible.