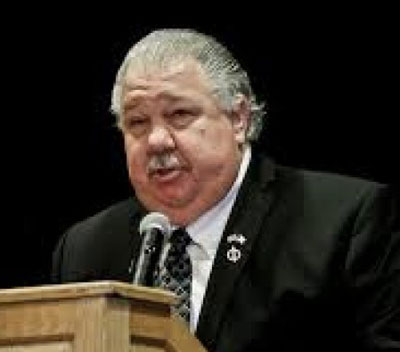 HINTON — Opening arguments in the impeachment trial of President Trump begin in the U.S. Senate tomorrow. Sam Clovis of Hinton was co-chairman of Trump’s 2016 campaign, then served in the Trump Administration until May of 2018.

“I think what has been going on is to try to get rid of Trump from the start,” Clovis says, “and they’ve tried everything.”

Democrats have been calling for witnesses to testify during the Senate trial. Clovis says if Republicans capitulate, he has a list of witnesses he’d like to see testify.

“Joe Biden, Hunter Biden…people in the Obama Administration that may have been behind some of the other issues, like Valerie Jarrett and Samantha Power and some of the others that were clearly involved in unmasking myself and Carter Page and George Papadopoulos,” Clovis says.

Clovis had supervised Papadopoulos, a foreign policy adviser to the Trump campaign who pleaded guilty to lying to the FBI about talking with Russian-linked contacts. Clovis hired a lawyer, as he was interviewed during Special Counsel Robert Mueller’s investigation.

“It took two years to come to the same the conclusion that that he could have come to in the first couple of weeks,” Clovis says.

Clovis has battled with serious health issues since his return to Iowa in mid-2018. In November of 2017, Clovis withdrew his nomination to be the top science adviser in the U.S. Department of Agriculture after Democrats and environmentalists complained he was skeptical of climate change. Clovis wrote at the time the political climate in Washington made it impossible to win confirmation to the job. Clovis worked six more months as a top adviser to U.S. Ag Secretary Sonny Perdue before leaving the Trump Administration.