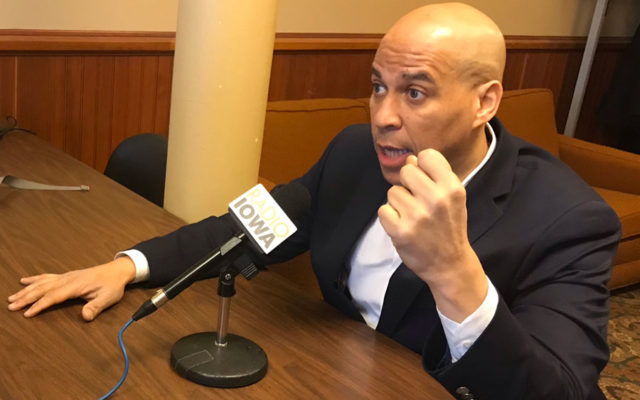 “We’ve said from the beginning that this is our state, that this is going to be the determining factor for us,” Booker told Radio Iowa. “…We’re playing to keep here in Iowa, kind of Texas Hold ‘Em in some ways.”

“I’m going to confess we have taken a risk in Iowa by pushing a lot of our resources that we might need to continue on into getting up on TV to compete with those people who are millionaires or who have more resources than us,” Booker said.

Booker has not joined former competitor Julian Castro in criticizing Iowa’s role as the first voting event in the 2020 presidential selection process. Booker just launched “Black Americans for Cory” with a gathering of about 50 women in Des Moines and he said Iowa’s minority voters may be the deciding factor on February 3rd.

“In a Caucus where the difference between finishing fifth and second is probably going to be a few thousand votes, those who appeal to the Sudanese community or can appeal to the Latino community, the black community, if you can generate support in those communities,” Booker said, “it’s the diversity that swings the hinge one way or the other.”

Booker has been urging voters to pick the candidate who is best able to motivate Obama-level turn-out among diverse communities. Booker’s duty as a U.S. Senator to sit as a juror in the expected impeachment trial for President Trump will take him off the Iowa campaign trail. He is also unlikely to meet Friday’s deadline for a strong enough showing in public opinion polls to be included in next week’s televised candidate debate in Des Moines.