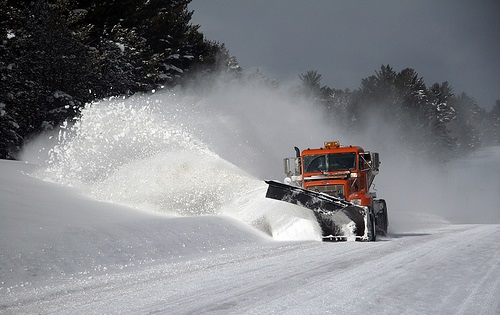 County Engineer Brandon Billings talked about the weekend plan at the Board of Supervisors meeting earlier this week. He says with the forecast calling for an all-day snow on Friday, there’s still going to be snow on the roads that they’ve already tried to plow, so the plan would be to send crews out again at about 5:00 AM on Saturday. He says the graders will be out on the gravel roads since they are frozen over.

Billings says the department is also crafting a plan for next winter to place more snow fences in key areas of the county’s road system, or talk to farmers who’d be interested in having natural snow fences with standing corn.  “I’d like to possibly buy corn or set up some other agreement with them to get snow fence up. I’ve sent out letters to those people so I can start laying the groundwork for next year, getting some locations at least some standing corn or snow fence or some other agreements to let us go in there to get either dirt berms built or snow fence, depending on who we are talking to. Some people prefer for us to just pile up their dirt and level it out in the spring. I’d prefer having snow fence, but I’ll do whatever they agree to do to have us go out get get more of those put up.”

Cerro Gordo County has 267 miles of paved roads and 700 miles of gravel roads.