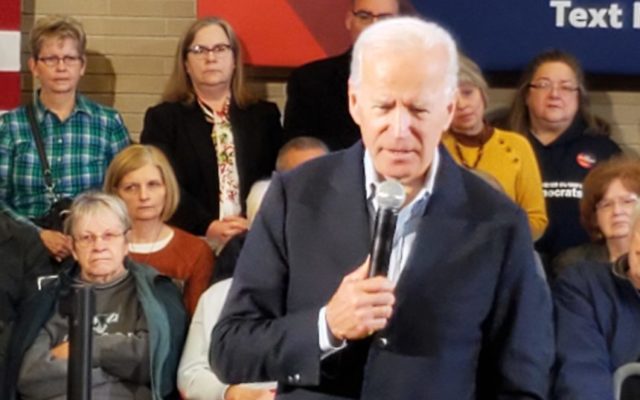 SIOUX CITY — Democratic presidential candidate Joe Biden has been swinging back at Iowa Senator Joni Ernst on the campaign trail this week.

On Monday, Ernst suggested to reporters in Washington, D.C. that Iowa Democrats might be influenced by the arguments President Trump’s lawyers are making about the Bidens.

Biden has been asking Iowa audiences if they heard those remarks. “She spilled the beans, didn’t she?” Biden said last night in Sioux City.

Biden says Ernst and other Republicans are smearing him because he’s a threat to President Trump’s reelection. “So now all caucus-goers can have a two-fer,” Biden said in Sioux City. “One, you cannot only ruin Donald Trump’s night if I win the caucus. You can ruin Joni Ernst’s night as well.”