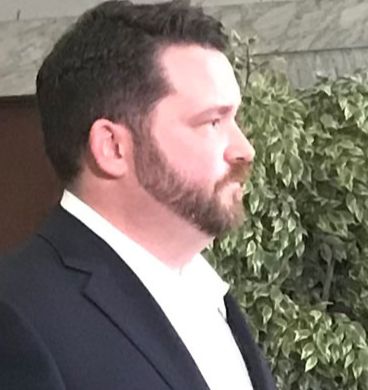 DES MOINES — Presidential candidates Bernie Sanders and Pete Buttigieg are asking Iowa Democratic Party officials to check the results from 143 Iowa Caucus precincts for accuracy, with some of those precincts being in north-central Iowa.

Iowa Democratic Party chairman Troy Price said to alter any faulty results that may be discovered, though, will require a campaign to then ask for a
recount.

“We remain committed to bringing the 2020 Iowa Caucus to completion,” Price said at a news conference this afternoon.

Critics are piling on. The Iowa Caucuses were a punch line in a joke during this weekend’s Oscars broadcast and a top adviser on the Sanders campaign has suggested this situation shows none of the Iowa Caucus results in the past were accurate.

“We have more information available to us this year and so I think what this process has shown to us is to allow us to see more behind the scenes,” Price said. “Beyond that, we’re going to continue to work to ensure these results are as accurate as possible.”

Price suggested “outside voices” are talking freely about the problems created when a smartphone app for reporting results failed spectacularly on Caucus Night. Price said he is “obviously…very disappointed” that Democratic National Committee chairman Tom Perez has placed the blame for the technical failures on Price and other state party officials.

“There’s going to be a time to assign blame, but I will tell you the DNC has been a partner in this process up to, including and after Caucus night,” Price told reporters, “and anything beyond that, my focus is remaining on producing, finalizing and bringing these caucuses to completion.”

Price said the party will reply to Sanders and Buttigieg campaigns within 48 hours about “next steps.” On Sunday, Iowa Democrats announced Buttigieg was getting 14 delegates to the party’s national convention and Sanders would get 12.

=== In Cerro Gordo County, the Buttigieg campaign has asked for Mason City Ward 2 Precinct 3, the Grimes-Meservey Ward and the satellite locations at Good Shepherd, Heritage Care and Rehab Center, Oakwood Care Center and the Willows to be recanvassed due to irregularities in the totals. The Sanders campaign is asking for the Newton Forest site in Winnebago County to be recanvassed.